Citizens for Justice and Peace and several prominent Indians, from different walks of life, have filed a petition in the Supreme Court to intervene in the Ayodhya dispute case. We believe that this is neither a property dispute, nor a Hindu vs Muslim issue but a matter that affects the very soul of India. A lot of blood has been shed over this matter. It is time to put an end to religion based politics over the issue. It is now time to heal the wounds of December 6, 1992. The case is being heard in the Supreme court from February 8, 2018. You too can join our campaign by signing our online petition below.

Ayodhya means a place that cannot be won with war (or conflict). Yet our Ayodhya has been rife with a perpetrated dispute that has meant ‘othering’ and bloodshed. Awadh, too means a land where there is no dispute. Today, all Indians would want this precious cultural space to become symbol not of hatred and conflict, but understanding, dialogue and mutual co-operation.

Close to three dozen Indians from across the length and breadth of India, from various walks of life, representing the vast voiceless millions who have been held hostage to the politics of othering, supported by Citizens for Justice and Peace have intervened in the Supreme Court of India to pray that the Court restores to India and Ayodhya the precious Constitutional principles on which we were founded.

You can view the complete list of prominent people who are intervening in the petition here.

You can view our complete Supreme Court petition here: 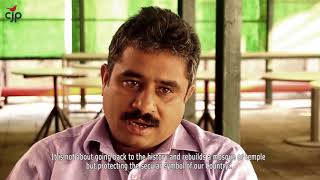 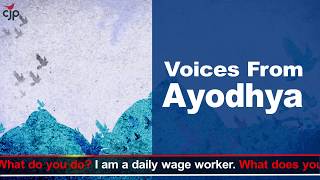 “They call me a Hindu when they want my vote, otherwise ignore me” Voices from Ayodhya : A Peace Initiative 04, Dec 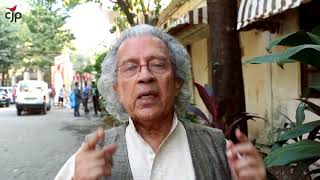 CJP vows to continue its Campaign for Peace in Ayodhya Peaceful and creative peace initiatives to continue on the ground across India14, Mar

The Union government has returned 20 files of appointment of

On November 28, the Supreme Court raised serious concerns over underseals