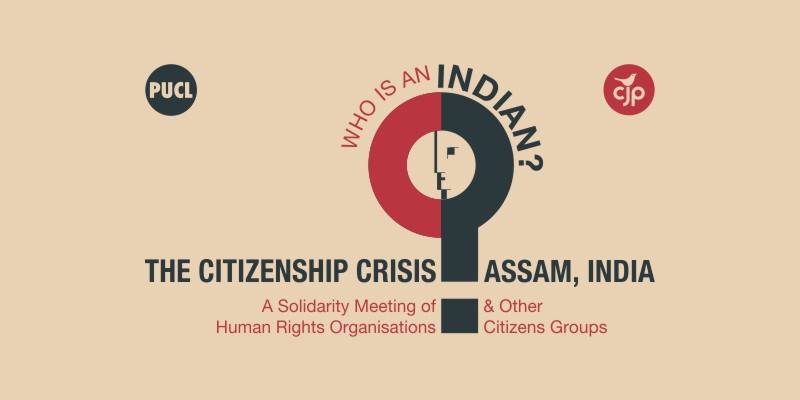 Who is an Indian? The Citizenship Crisis: Assam, India

After the final National Register of Citizens (NRC) was published on August 31, 2019 leaving out over 19 lakh people, different human rights organisations, civil society members and concerned citizens are coming together to offer support to those excluded from the list. There are also concerns about the authorities announcing an NRC or an NPR (National Population Register) for all over India, especially since two detention centres are already coming up in Karnataka and Maharashtra.

Excluded people in Assam belong to various linguistic, religious and ethnic minorities: Bengali Hindus, working class Muslims, members of the Gorkha community, people belonging to indigenous communities such as Koch Rajbongshis, married women and children. Many are unlettered and belong to economically marginalised, historically oppressed and persecuted communities. Citizens for Justice and Peace (CJP) has been working on the ground in Assam for two years now.

Now CJP and People’s Union of Civil Liberties (PUCL), in association with several other organisations, invite you to join us at a public meeting to discuss the citizenship issue and a way forward. Affected persons from Assam as well as members of CJP's Assam team will share their experiences at the meeting.

Lend your voice. Join us to show Solidarity with Assam and support our initiatives.