Help us defend those
who defend our forests

India's Adivasis and forest dwelling communities have nurtured forests and protected the environment for centuries.

India's Adivasis and forest dwelling communities have nurtured forests and protected the environment for centuries. But, with their lands usurped, first by colonisers and then by crony capitalists aided by corrupt bureaucrats, forest working people (FWP) have been fighting an unequal battle to access their Jal-Jungle-Jameen even today.

Citizens for Justice and Peace (CJP) in partnership with All India Union of Forest Working People (AIUFWP) has been actively supporting India's Adivasis and Forest Working People in staking their claim to forest land, which was finally recognised as their right under The Scheduled Tribes and Other Traditional Forest Dwellers (Recognition of Forest Rights) Act, 2006 (widely known as the FRA 2006).

How we have helped out in this fight for Jal, Jangal, Zameen

A clearly worded communication sent by UN human rights experts to the...

In a major breakthrough for Adivasi organisations and advocates of rights of...

The Supreme Court has directed states that have not filed compliance affidavits...

A national consultation on forest and land rights has declared protest actions... 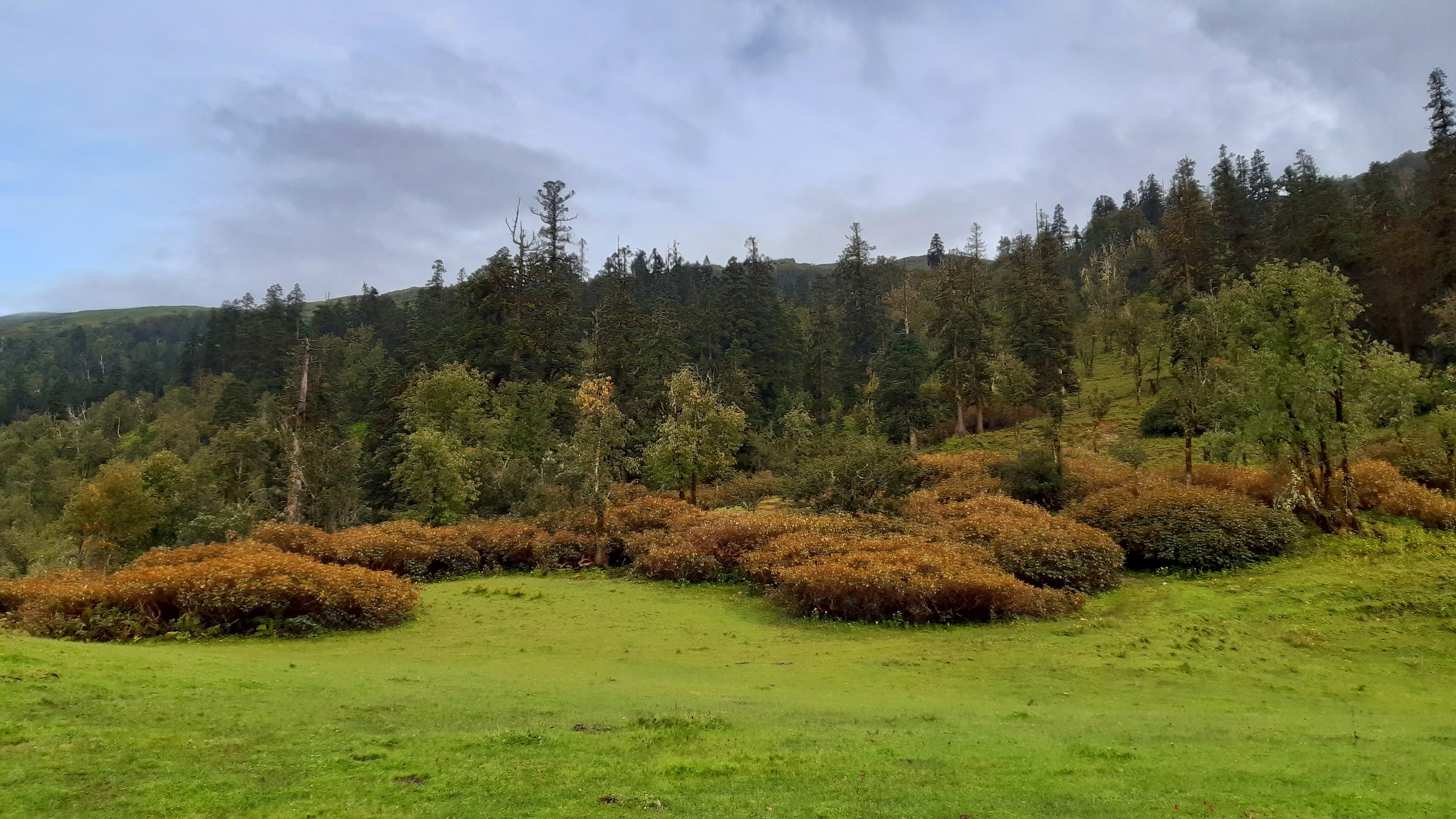 Even though there exist laws to protect forest dwellers in the country,...

Adivasi leader Sokalo Gond has been released on bail today, in what...

FRA related news from the field

Jal, Jungle, Zamin: Glimpses into the March for Forest Rights

On November 21, the nation’s Adivasis came to New Delhi in droves...

“One woman standing up against an unjust law is unlikely to achieve...

The second edition in this series publication has been divided in nine...

This document contains a categorised list of Frequently Asked Questions (FAQs) on...

Tougher Than Steel: Odisha Community Rally Against Transfer of Their Land, Again

The POSCO Pratirodh Sangram Samiti (PPSS) has recommenced their movement and begun resistance...

Compiled by the Ministry of Tribal Affairs in collaboration with the United...

A Day in the Life of Van Gujjars

The Van Gujjars are a transhumance tribe of pastoralists belonging to the...

Will sacrifice life, but not give up land: Adivasis of Sonbhadra

“Jaan de denge lekin zamin nahi denge” (We will sacrifice our lives, but...

Mahua, which has found mention in folk poetry, songs and stories is...

Poor implementation of the Forest Rights Act, 2006 (FRA) which legalises the land...

A Campaign for Forest Rights could affect these Constituencies in 2019

In tables, the study shows where the Constituencies where a Campaign for...

What should a Campaign for Forest Rights demand in 2019?

Evidence from the ground shows that rights holders that have rigorously used...

Easy to understand explainers and other useful resources

The second edition in this series publication has been divided in nine...

The United Nations Development Programme and the Ministry of Tribal Affairs collaborated...

This document contains a categorised list of Frequently Asked Questions (FAQs) on...

Compiled by the Ministry of Tribal Affairs in collaboration with the United...

The High Level Committee’s Report on Socio-economic, Health and Educational Status of Tribal Communities of India (May 29, 2014)

The Group was established to investigate into the processes and causes which... 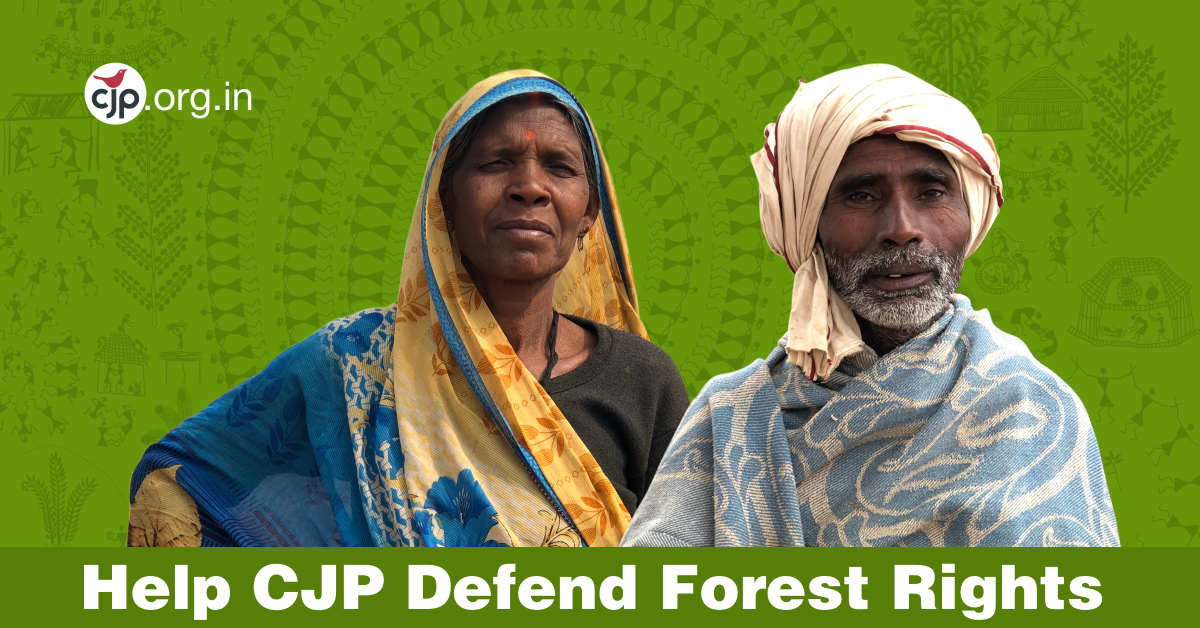 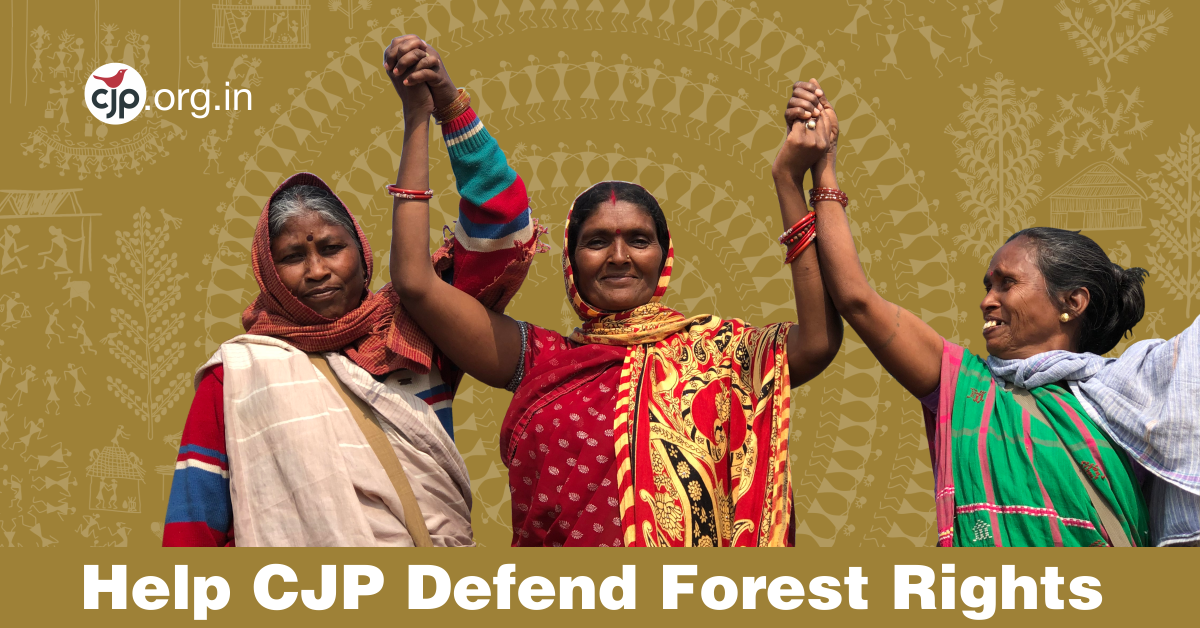 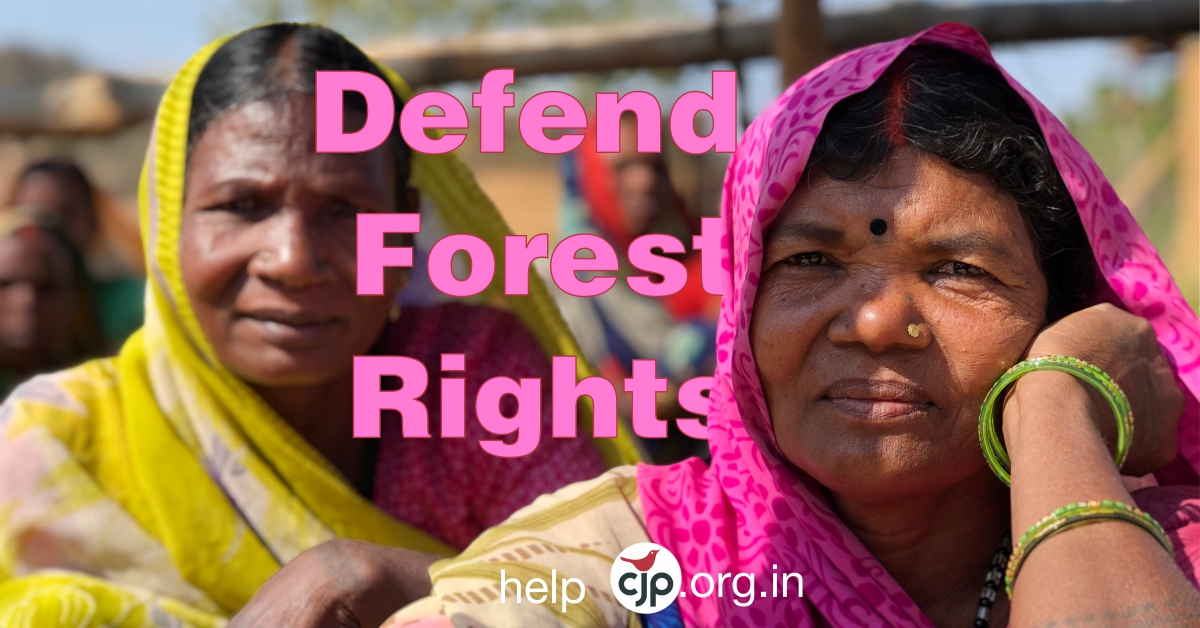 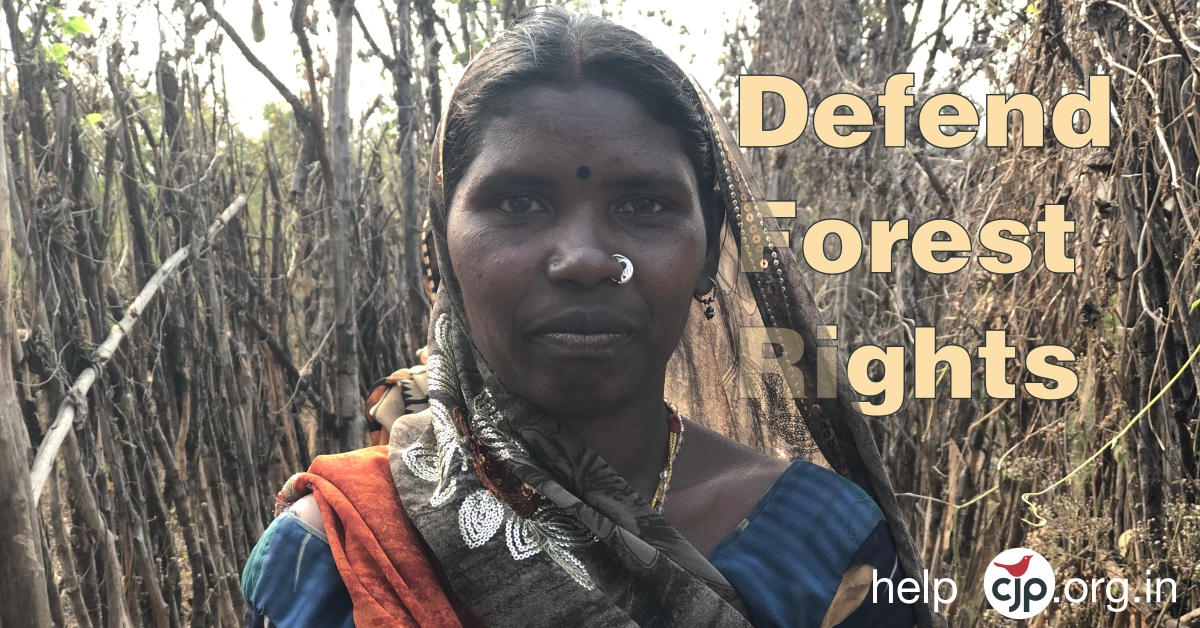 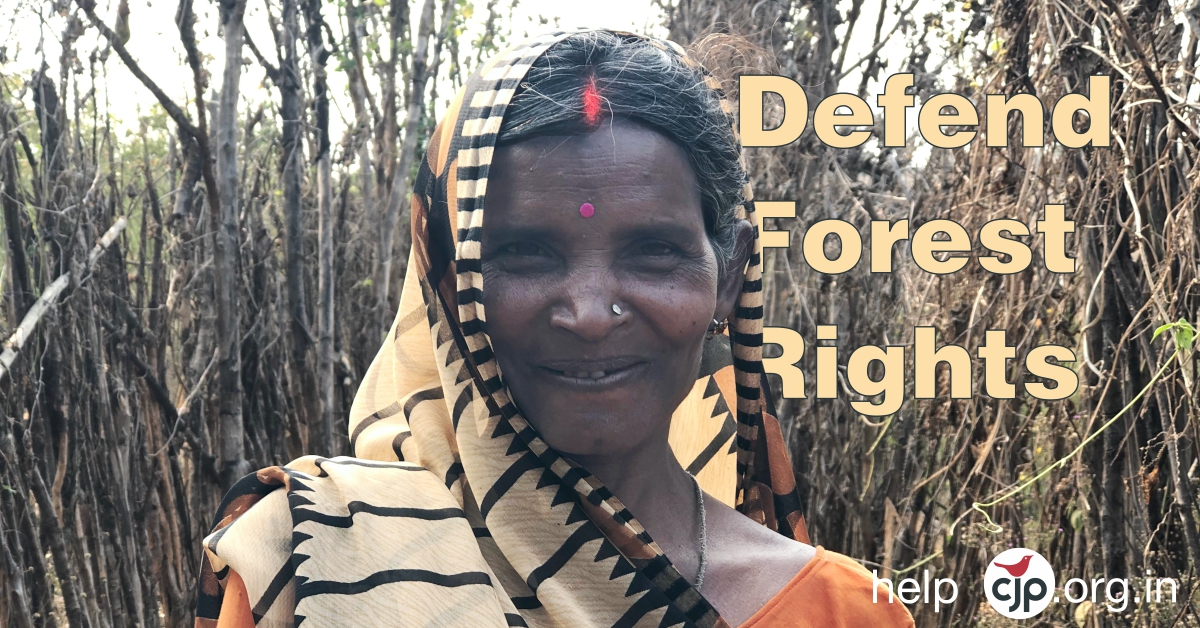 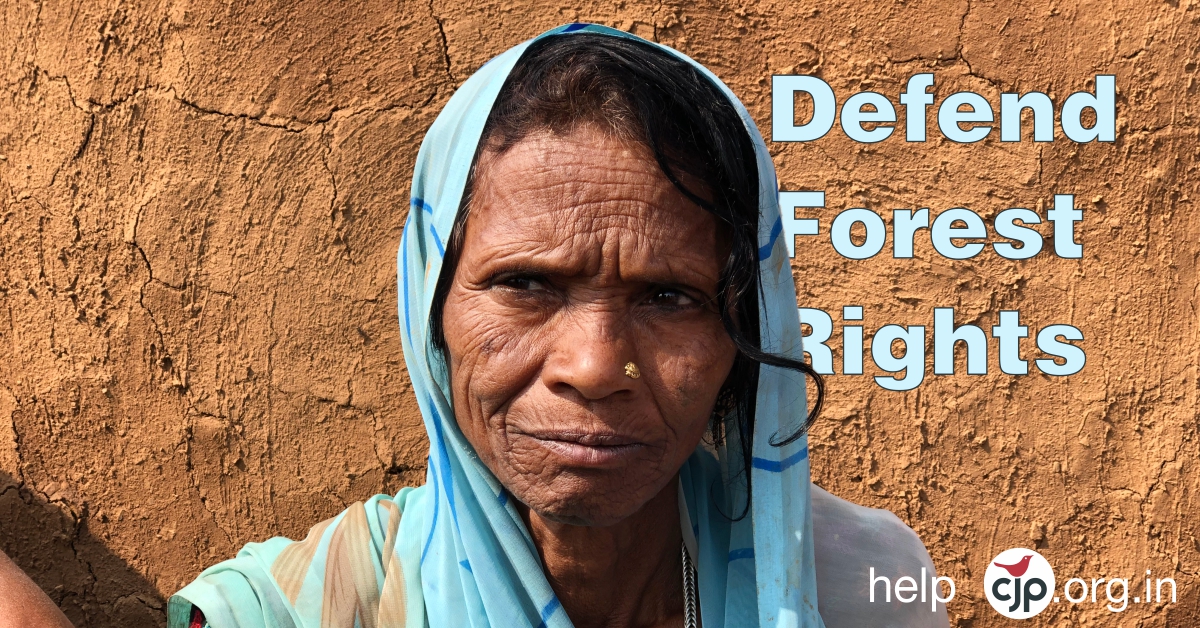 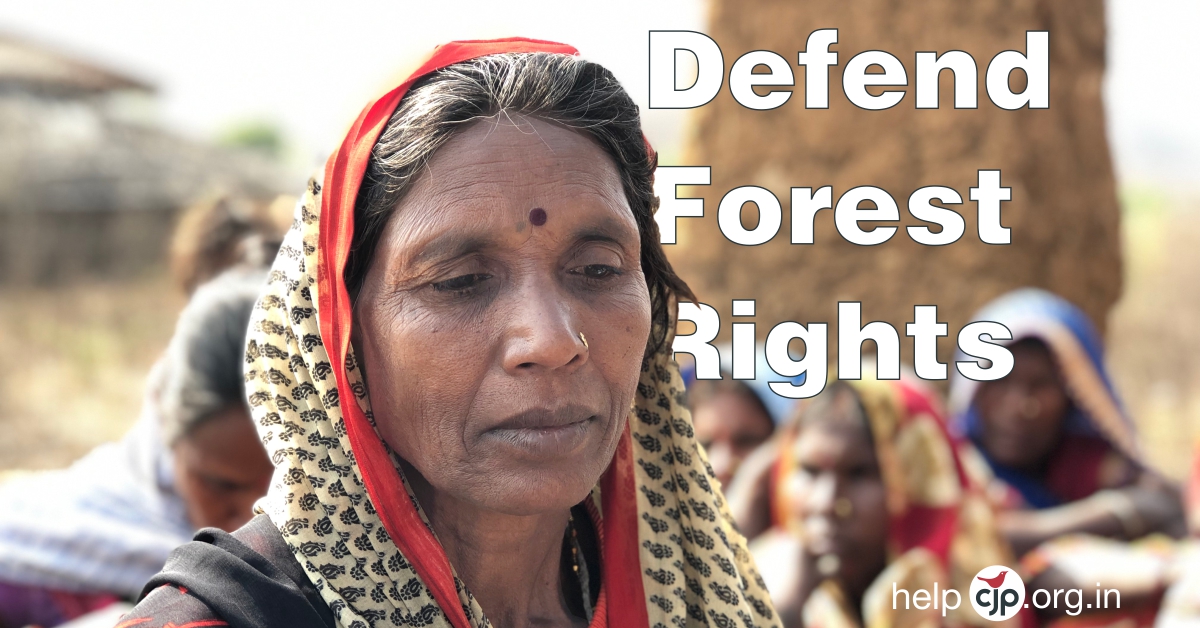 Important judgements and other legal documents

The 73rd Amendment to the Indian Constitution provided for the three-tier Panchayat...

Roopak Chaudhari, the then-Deputy Secretary of the Ministry of Tribal Affairs, filed...

In a significant step, the Wildlife Trust of India (WTI), India’s foremost...

In a big victory for forest workers and Adivasis who had been...

A campaign by CJP and All India Union of Forest Working People (AIUFWP) for...